The increasing importance of Operational Due Diligence in Mergers and Acquisitions. 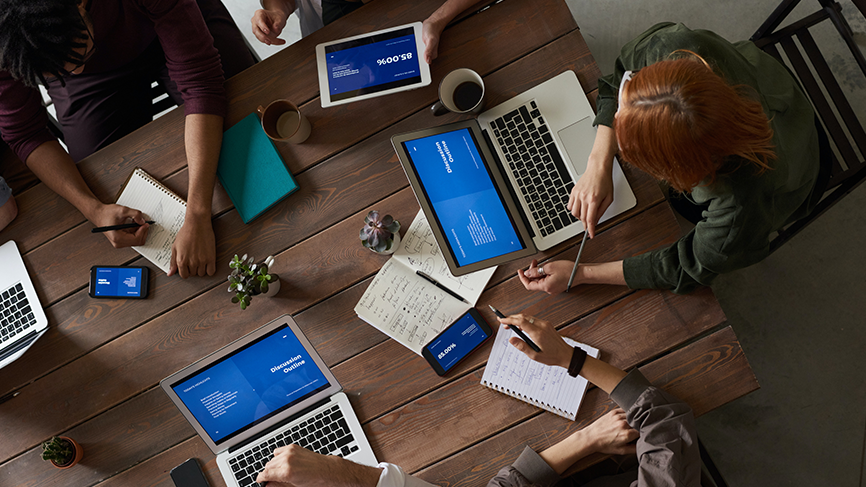 MBA undergrads studying acquisitions are always guided on the failure of such transactions as illustrated by prominent global case studies. The infamous Blues versus the Reds case study, covering the HP merger with Compaq, is a clear warning sign that financials and legal exposure do not replace the assessment of leadership, legacy, and cultural issues. Theseplay an increasingly important role in mergers. The case describes in detail the rationale for the HP – Compaq merger, problems faced in integrating the merged entities, and whether the merger made business and economic sense. Scandals such as the Madoff ponzi scheme and the Weavering Capital fraud remain stark reminders of the increasing importance of operational due diligence (ODD). Of course, these are some high-profile cases, but there are many other cases that never make it to mainstream media. Despite their flying under the media radar, they  leave the acquirer feeling short changed and usually many people in the target company end up jobless.

ODD is becoming ever more critical in mergers and acquisitions. ormerly, this exercise only considered the financial and legal aspects related to a takeover when it is hostile or in the case of a joint venture. Nowadays, the consideration of operational due diligence is an extensive and far reaching assessment into an organisation which attempts to identify in unequivocal terms the true capability of an organisation rather than simply assessing it from a numerical and liability point of view. This does not mean that numbers and contracts are to be ignored: quite the contrary – they are of the essence –  but the story to achieve the most significant performance indicators should also be investigated, understood and digested in all cases except when the  target is being acquired with no other intent than that of taking over its assets or its IP register.

The forces against the execution of an ODD are generally the speed at which the transaction is meant to happen. From our experience, acquisitions are normally negotiated at a very fast pace. One to two months is nowadays the norm when no ODD is performed. The rationale behind this is that the traditional ‘appetite’ to buy or sell is somewhatdampened by time. The complexity of business, dependency on key individuals, relationships with key accounts, and core information systems argues in favour of extending diligence where any of these factors are concerned. This also applies to other cultural, technological and operational forces that significantly impact the intangible value and long term sustainability of the business.

An ODD is often seen as a threat rather than a means to steer the value of a transaction when looking at operational improvement potential and proactively managing operational risks. The rational investor should counter emotional arguments and, whilst not ignoring the importance of appetite, strike a balance between the necessity of speed and post-transaction performance. More specifically, how to conclude with the necessary rigour  to delve into the operational aspects of a transaction and how the synergised business plan considers post-transaction performance as opposed to a myopic viewpoint of a ‘good deal’.

The team leading an M&A and the post-transaction change management has to consider factors such as increasingly complex regulatory environments, stakeholders’ inexhaustible expectation of returns higher than a benchmark, containment of risk, and the difficulty of attracting trulye resilient leadership to drive a business.

A correctly executed ODD can dampen and prepare the investor expectation, as well as correctly plan for any heavy lifting before the transaction happens and. more importantly, put all the cards onto the table – if necessary walking away from what could be a bad deal. Furthermore, a properly executed ODD will point out the ever-present issues: compliance with regulated environments, conflicts of interest as well as a general risk framework assessment.

Theorists advocate methods for pragmatic ODDs though in reality this is hardly possible. Any venture capitalist can ascertain that a successful business relies on its own niches, which could be emergent from either its market and/or its approach to its market through a distinct product and process. In this regard Credence recommends that any ODD is tailored for the specific case. Doing this is no mean feat and, over the years, we have battle tested our approaches. This left us with an inhouse ‘Litmus test’ allowing our most senior team members to quickly scale the complexity of the ODD, the material required to assess access to resources, and personnel necessary to strike a balance between speed and depth of knowledge. The following are some key pointers:

The fast-paced life in modern enterprise may lead us to forget that it is the people that make the product, service, and culture. Testing out for capabilities, recruitment methods, performance assessment, education and training are to be considered the heart and soul of a going concern. Testing out for integrity, reliability, and commitment of the leadership team will ascertain that no skeletons are found in the closets.

The organisational structure also gives a clear picture of hierarchy, advancement opportunities, and cross functional responsibilities. Clear definition of roles, through ISO standardised procedures, RASCI or other methods indicate a culture of accountability as well as better adaptability to global standards, leading to a quick fit.

A detailed look at human resources, salaries, benefits, and reward systems needs to be assessed in detail should a merger be considered. Forgetting the viewpoint of an employee is an easy mistake committed at a boardroom table that could result in mass resignations and the loss of top talent that acts a magnetic force, quickly depleting organisational competence. This is ever more significant in listed companies, where the departure of key people can cause a significant impact in share value.

The IT infrastructure and software systems – or lack of – should be considered a mission-critical component to be assessed in any successful M&A. The execution of a transaction without the proper assessment can be a very expensive oversight for the simple reason that operations are nowadays partially, if not wholly, dependent on several core systems that organise information, processes, and people.

COVID-19 has exposed the strengths and weaknesses of such systems – the ability to react to the need of technology and the state of readiness and awareness of the people in an organisation. Put simply, the IT savvy cruised through COVID-forced lockdowns and the IT-ready organisations will be the most prepared acquisition targets. Extensive auditing of the target’s IT readiness should cover people, data, office automation, systems, and processes.

1. People: who are the system administrators, who are the key data controllers (owners of verifying reliability of data), are there external parties managing the system?

2. Data safety and reliability: where is it stored, who can access it, how can it be recovered and how quickly, who are the owners?

4. Systems: should cover all IT infrastructure, from a network layer upwards, considering production environments, capacity planning, operational SLA’s, investment planning, economic and useful life considerations. Moreover, this due diligence should carefully assess the business solutions measuring the organisational KPIs: what is the value of discussing inventory turns in the financial evaluation if a warehouse module is wrongly implemented in an ERP?

5. Processes: often defined in a pile of paper called ‘Company Policies’, the process definition should be the gelling factor between organisational behaviour and the solutions. Unfortunately, they scantily are, where all documentation ends up being a factor of an internal control team largely working to meet the target of an external auditing factor: ISO9001 by way of a most common example.  This is the part where the knowledge changes from explicit to tacit, people become bottlenecks and knowledge is not properly managed within the organisation.

Of course there is a silver lining to everything and the counter argument is that IT-ready organisations may also be loaded with systems that account too heavy capital investments. These render mergers pricier and change management more complex and somewhat painful due to one of the organisations letting go of what it knows and accepting the other’s core systems. By way of example, it could go down to the basics: one organisation uses Apple desktops, the other Windows. Simple as it may look, the way of working differs between operating systems and could take months, if not years, for transitioning organisations to adopt correctly. This is of course a simple example – more significant exposures in a merger could include decommissioning a factory production control system or an enterprise resource planning tool which takes expensive training and years to learn to operate the ins and outs.

The ODD team needs to be empowered to carry out the analysis with full disclosures of both target and acquirer or the merging parties. Often contracted by the organisation’s board of directors or executive management and used to give an independent view of organisational efficiency and effectiveness, rapid turnaround targets leave ODD advisors scrambling. They are rushed into collating enough documentation to reach a satisfactory depth and breadth and, as discussed before, force to hurry a transaction. We advise against excessive haste.

The political nature of this type of advisory is often perceived negatively. Many feel ODD advisors get in the way of the organisation’s operation. ODD advisors are sometimes subject to protection of identity. This reduces the risk of friction or bitterness that advisors are exposed to whilst performing individual testing although, as one may assume, there are always the lead heavy weights who front the ODD. As a rule, ODD advisors use internal audit controls and principles that are meant to safeguard the organisation. The measures expected to be readily available in any properly functioning organisation will normally be:

If a target acquisition or a potential future partner wavers on the above measures, there might be a rat. The appetite and capability of dealing with that rat is largely dependent on the risk appetite and heavy lifting capabilities of the team surrounding the merger or acquisition and the post transaction change management.